The Stele of Bethphage: Traditional rock from which Jesus mounted on to a donkey and rode to Jerusalem on Palm Sunday. The paintings are from 12th C. 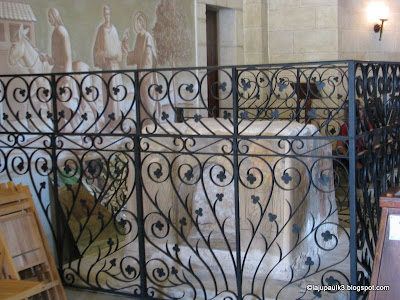 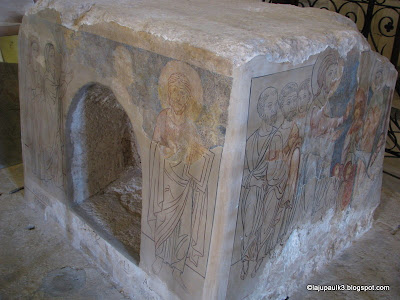 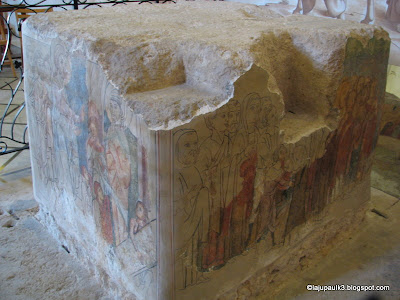 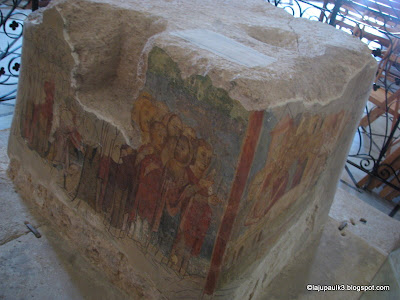 The 'Stone of Bethphage' was integral part of an earlier Crusader Chapel (12th Century AD) that stood over the site. The earliest record about the stone is from a monk named Bernard in 870 AD. In 1172, another pilgrim, Theodorici Libellus mentions about this rock as clearly visible inside the chapel over the site. The rock was shown to him as the one Jesus was standing when he send two of his disciple

s to bring an ass and a colt. The last time the 'Rock of Bethphage' appears is in the writings of Franciscan Father Nicholas Da Poggibonai in 1345. He mentions that "In Bethphage there are neither walls or houses, only rocks and a large stone on which Jesus Christ sat when he sent the Apostles for the ass on the 'day of the Olives', or Palm Sunday". The rock was rediscovered only in 1867 when Franciscans were constructing a modern monastery in the old site.
Posted by Laju Paul K3 at 10:10 PM